WWU Rugby’s strange 2020/21 season-The Curse of the Covid!
The season was full of optimism after a bumper crop of players had committed to Western to play rugby and get an education. WWU was the first choice for many of the top players from the HS graduating class of 2020. Lots of credit needs to be given to the PNW Loggers program for preparing them for the challenges of collegiate rugby.

Covid 19 has had a big impact on our program. The preparation for what was going to be an exciting season of play, started in late July when we sent three players to the Atlanta MLR players camp (Major League Rugby). This opportunity came about through an WRA donation made to the USRF (United States Rugby Foundation). Sophomore Kyle Peters (Rodgers HS, Junior Captain, Terrell Nelson (Ferndale HS) and Freshman Desmond Maiava (Federal Way HS) all participated in the MLR elite camp along with 17 other players. WWU Coaches Allan Law, Ryan Lilla and WWU Women’s coach Chris Rowell all attended for the six-day clinic. All three players reprented well received excellent evaluations from the camp coaches. All three players and one of the coaches tested positive after returning home.

Fall quarter began and Covid 19 again reared its head. WWU classes were almost entirely remote with the exception being for a few small labs. All sports were cancelled and our fall season was over before it began. No school facilities were available for practice and all public parks/fields shut down. Players met with the coaches and were encouraged to be resourceful and find ways to get better. Some signed up for training with Strength and Conditioning Coach Ryan Lilla and others worked in small groups on their personal skills and fitness.
The coaches worked with team leadership to develop a Return to Play Plan and Protocol for January. This document was based on what US Rugby and BC Rugby had in place. It was submitted with the hope that we would be able to proceed after a return to school in January. We have now been informed that this is not the case and a return to training and practicing will be re-evaluated in March. At this point, the NCRC (Northwest Collegiate Rugby Conference) is in jeopardy. Covid 19 hits again!

On a positive note, WWU will send five players to the Atlanta MLR Readiness Camp December 11-22. Returning players Kyle Peters, Desmond Maiava along with Sophomore Ceaser Tankersley (Capital HS), Sophomore Nate Mathis (Yelm HS) and Sophomore Sean Lyons (Albuquerque N.M.) Again, this was made available through alumni support and the USRF.
Silver lining in this year of the Covid is that everyone now has the opportunity to focus on their grades and raise their Rugby IQ! No Excuses! 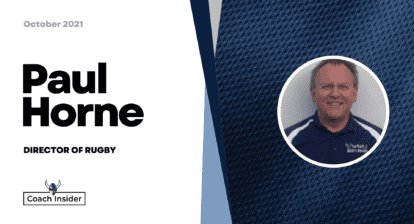